LEARN MORE ABOUT YOUR STATE - Washington

From Local Need to National Impact

Financial Beginnings was founded in Portland, Oregon in 2005 to fill an education gap that existed in local schools. Despite a growing need in educating young people about personal finance, few area schools at the time offered financial literacy curricula.

Founder and CEO, Dr. Melody Bell, was inspired to launch a financial literacy nonprofit. Through her experience working in several facets of the financial industry, she repeatedly encountered individuals who had failed to properly protect themselves financially, leaving little money for savings and personal security, and delaying life goals such as higher education, retirement, and home ownership.

Firmly believing that sound financial decisions are a result of early education, Bell was determined to create an organization that provides unbiased personal financial education to young people.

Financial Beginnings launched regionally in 2014 with the opening of its satellite office in Seattle, and then nationally in 2017. 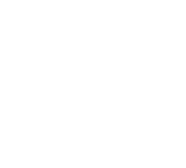 "I think that everyone should know what Financial Beginnings taught us because I am sure there are a lot of people out there that do not know the opportunities they could be taking." - Student Participant